Fall is in the air, it's time for cabbages, winter squash and all matters of soups, stews, curries and roasting vegetables.  The farm stand is full of tomatoes, peppers, leeks, cabbage, potatoes, kales, carrots and more. 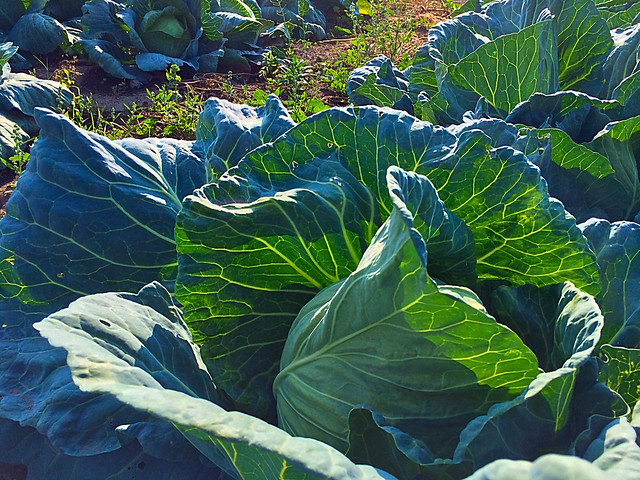 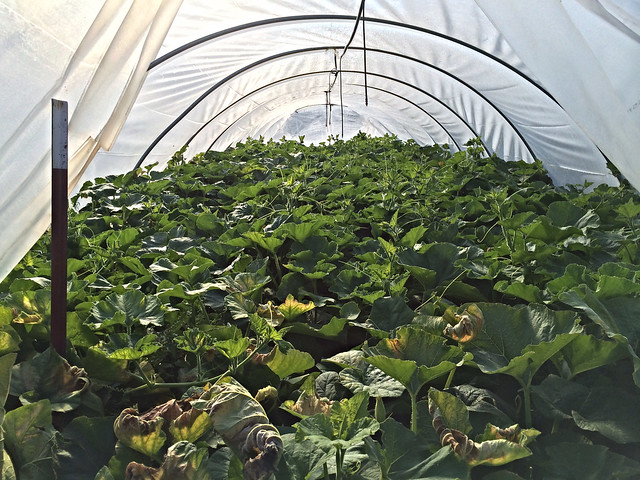 I have always had multiple problems with Cabbage.  Sure its crispness is great in tacos, its blandness is compensated for with all the other flavors going on, particularly an acidic salsa.  In Mexico you are more likely to find shredded cabbage with tacos, shredded lettuce in tacos is largely an invention of Taco Bell.    Cabbage is a mainstay in other complex dishes such as Pad Thai, its only when Cabbage tries to play a leading role in dish when it fails.  Corn beef and cabbage is bland and boring typical of the British isles, which has the least distinctive cuisine in Europe and maybe the world.  Is it any wonder that it is mostly eaten on a holiday where your taste sense is drunkened numb.  I have never been satisfied with making Cole Slaw.  The huge amounts of mayo and other ingredients to make it taste like anything is too much for me and its precise formulation too unfathomable.  Once in awhile I would have some great coleslaw, but I realize now that it partially underwent the process I will describe later.So I have found a limited use for Cabbage, in tacos, Pad Thai or some other spicy stir fry, but one cabeza of cabbage is enough for 183 tacos, you put the leftover head in the fridge and it gets gray mold growing on it in about 2 days.  So at the end of last summer I took on the age-old preservation technique of making Sauerkraut.  I chopped up 2 heads and put them in 5 gallon food safe container layer by layer with a sprinkling of kosher salt between each layer.  I pounded it with a wine bottle to break it down and put a plate over the top weighed down by a water jug.  In a few days the the salt broke down the cabbage and liquid rose above the top.  The natural bacteria in the environment would slowly ferment the cabbage and transform it into Sauerkraut.  The process was laborious and messy.  Every day you had to pull the plate off and clean the slimy mold that grew.  Though supposedly it would keep and improve, I got tired of this routine and eventually put it in the refrigerator.  It did make Sauerkraut.  It tasted pretty good in Sandwiches, but I don't eat that many sandwiches, it was too salty to otherwise be very palatable and a lot of it ended up going bad in the fridge.  For me Sauerkraut was an experiment that failed, I don't think its worth doing.

The Cabbage Solution is a Solution

In the alchemy of food, The Solution transforms the lowly cabbage from lead to gold, water to wine.  The Solution improves upon every use of cabbage mentioned above and any other.  Aside from simply chopping it up, it is easier to make, its bio-availability is much greater and the only ingredients are water and a couple teaspoons something you probably have in your fridge!  I expect that it preserves for at least a few weeks, but this is probably moot as it tastes so good, it won't last that long.

The Solution is Lacto-fermentation.  The most common lacto-fermented food is Yogurt, which is lacto-fermented Milk.  I make my own Yogurt and recommend it.  It works the same way with Cabbage.  You just add a couple teaspoons of Yogurt and the beneficial microorganisms multiply and ferment either the milk or the cabbage.  Yogurt is more complicated, you have to heat the milk to 180 degs. and let cool to around 120 before you add the culture(the yogurt).  You must also maintain the temperature of 110 to 120 for about 6 hours.  With cabbage it is simpler.  You chop it up, put in a big container, cover it with water, mix in a couple of teaspoons of yogurt and leave it on the counter for about 3 to 4 days.  If it is cold out, it will need more time.  You will know it is done by tasting it.  If it tastes like wet cabbage you are not there yet.  It is exploding in your mouth with something like a citrusy flavor, the texture has changed and the liquid is bubbling a bit, you can put it in the refrigerator...or eat it.  Grated carrot, salt, pepper can be added at the start.  There are limitless possibilities.  Now that its garlic season, I added some and it was fantastic.  Ginger, caraway seeds...  I originally tried this with Kohlrabi, which works just as well.  As I am almost making this page a Kohlrabi cookbook you can expect a post on that.   Use it in place of any use of Cabbage, in tacos, on sandwiches, as Cole Slaw.  Of course use it in Stir Fry or Pad Thai, but add after everything else is cooked because this is already "cooked".  This is a Probiotic food where nutrients have not been destroyed by cooking with heat.   Lacto-fermentation breaks down Phytic Acid better than heat cooking does too.  Phytic Acid binds to many essential minerals in food, making them impossible to absorb.  There will probably be some juice leftover when get to the end.  Drink it, it's delicious.