It what is shaping up to be the first significant local political rally since the days of Occupy and the Tea Party, protesters will gathering around the world and in Pioneer Park to March Against Monsanto.Jim and Windy Acres Dairy Farmer Billie Johnson will be addressing the crowd.The Schedule:
Pioneer Park, Bend Oregon
10:00am spray painting white t shirts. If you would like one painted please bring it with you.
10:30 Speakers, Jim and Billie Johnson.
10:50 gathering, preparing to march.
11:00am march from Pioneer Park, down wall, up Franklin, down 3rd and back to Pioneer.
After the march there will be a non GMO potluck in the park.
more info:
https://www.facebook.com/events/259209620892380/ 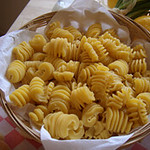